This is the story of a miracle many years in the making.

Five years ago I sat in our little yellow car with two young boys outside of the minute clinic. Brad’s ear was pained with infection. One prescription later we were on our way home.

After a week the infection was not resolving so off to a primary care doctor he went. Another prescription in hand, a little stronger, and he was on his way home.

And again he went back, still with pain. “Here, try this one, it’s a little stronger”, they said.

Going to bed one night he told me his face looked off as he was brushing his teeth. I was quick to shake it off until I looked closely in the low light. “That’s weird,” I thought, “it looks like one side of his face isn’t keeping up with the other”.

We feared for a stroke and prayed about what to do. A little internet searching led us to believe that he was experiencing Bell’s Palsy.

He went back to the doctor where he was diagnosed with Bell’s Palsy, most likely triggered by the massive ear infection his body was fighting. It would resolve on it’s own, but the ear infection required the strongest antibiotic that could be given.

The ear improved, and Brad regained movement of his face (but not before we had family photos taken. What a way to remember this time in our lives!). 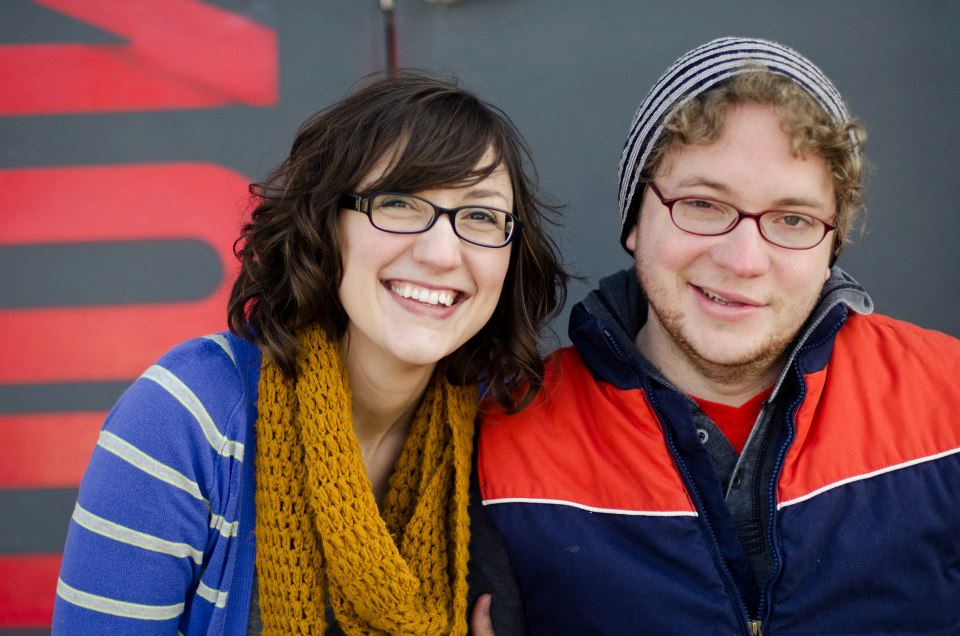 A few months later at a book party in the governors mansion Brad spent the entire time vomiting, laying on the cool marble floor of the swanky bathroom.

The only thing we could trace it to was a frappucino he had earlier in the day, something he rarely drank.

Later that year we were due to leave for NYC to attend the Macy’s Thanksgiving Parade but Brad had such excruciating pain in his foot the night before we were to leave he had to crawl to the bathroom. In the ER they diagnosed him with plantar fascitis and gave him some anti-inflammatory medicine. The medicine cleared the majority of the pain in a day or two leaving him able to trek the streets of New York.

Over the years dairy began to bother him more. He stopped drinking straight milk, then ice cream, then butter, and then cheese. Eventually, he couldn’t even have baked goods or cooked foods with a small amount of dairy in them. Accidental ingestion caused vomiting and flu like symptoms for a couple of days.

The foot and ankle pain would also reoccur often, something we eventually self-diagnosed as tendonitis. Brad would be laid up for a day or two until the pain and inflammation subsided.

Doctors diagnosed him with this and that but there were never any cures offered, never any hope for healing.

I don’t know why, I imagine it was God, but one day I began searching about the strong antibiotic that he was given.  I found heaps of information about the terrible side effects it can cause right away, and years later as well. The pieces were falling into place: the dairy allergy, the tendonitis, the awful heartburn weren’t random but were all consequences of a class of antibiotics that now come with warning label.

It was good to know why, but the prognosis felt hopeless.  How could this damage ever be reversed?  Would he spend the rest of his life dealing with these chronic symptoms?

We ate dairy free, yet Brad was still often sick or in pain. For a while he worked with a natural health doctor and we significantly changed our diet. Restoring his gut health alleviated a lot of ongoing symptoms, yet it did not completely heal him.

About a year ago God prompted me to start praying for restoration for Brad’s body.  I did pray and over time my prayers gained authority as I witnessed miracles and gained knowledge of who God is and what He will do.

This past December, a bad cold led to bronchitis and another ear infection for Brad. He began to seek natural health supplements, then, through prayer, felt prompted to give this infection to God and trust in His healing only. God was going to heal him, God was going to restore him and we had to be patient and trust.

After many weeks of pain the ear infection healed without the use of antibiotics.

Four weeks ago Brad caught a stomach bug. I had an inkling this was part of the healing process, and later when a friend sent us a picture of Brad receiving healing prayer from our small group I knew it was. He included the words: “I pray today that the prayers we prayed that day were answered.”

He recovered from the stomach flu and my prayer turned from one of healing to one for knowledge. I knew Brad would never willingly try dairy because of how sick it made him, so I prayed when the time came he would accidentally ingest it and have no reaction.

We waited and prayed.

One Sunday our friends had us over for a pizza party. There were two salads, one with goat cheese and one without for Brad. Well, Brad missed that memo, thought the goat cheese was cauliflower and accidentally ingested it! We prayed that there would be no reaction and for total healing.

He had no reaction, no vomiting, no cramping!  Completely and totally fine.

Brad has had no reaction from kefir, butter, or yogurt. Two nights ago he drank a few ounces of fresh cow’s milk and we woke up in the morning amazed at his health and God’s fulfilled promise.

All glory to God!  Praise him for his miraculous work in our lives!

The first undeniable, instantaneous miracle I saw was in June 2015.

I had met a guy named Wade a few months earlier when we moved to Zanesville. He claimed to be seeing miracles regularly while praying for people on the streets of Zanesville, and he invited me to come out with him.

That first day I went with Wade to pray for people, we met a woman named Michelle down at the thrift store. She was shopping, and Wade believed that God told him this random woman had one leg which was shorter than the other.

When Wade approached her, this stranger, and asked her if this was true, she nodded. Surprised that he would know this, she sat down in a chair, and held her legs up. Her right leg was about 3/8” shorter than her left leg, the heels of her shoes just didn’t match up. She explained that she was an Iraq war veteran, and had been in an accident which shattered her right leg. When the army surgeons pieced her back together, her reassembled leg was just a little bit shorter than it used to be, it was part of her diagnosis.

Michelle allowed us to pray. So we prayed for her in the name of Jesus, who is our rescuer and the one and only son of the real God. 30 seconds later Michelle’s legs were the same length. She said that she couldn’t describe the feeling, but that it was amazing and she could tell it was all better. And her legs, which were visibly different lengths before, were now perfectly identical. The heels of her outstretched legs matched up perfectly.

When Michelle experienced God in this way and saw His power, she cried. She opened up about so many ways that she had been hurt and abandoned by different people, and had walked away from her faith in God. And we prayed more for her, and God healed her emotionally in some big ways, but also started what I’m certain is a long and arduous battle for her trust.

In 2008, my wife Melissa and I set out to find God. The God we read out about in the Bible just didn’t seem to match up with the Christian culture we saw around us. So we threw it all out. We quit our professional corporate jobs, we sold everything we owned, we left our home and moved into a van.
Over the past ten years, God has showed up. He has rebuilt our lives based on what is true—he has restored some of the old things we threw out, left lots of it in the trash, and taught us so much more. Through all of our own mistakes and arrogance and humanness, God has been faithful to honor our earnest seeking.

And since that day in 2015, we have witnessed hundreds of miracles, and performed dozens. Some big, some small, but all obviously God and unexplainable without Him.
God is real. And we have found him. I just have to tell you. I’m sorry for not telling you sooner.

I don’t have it all figured out. Most of your questions about the hows and whys of where and when God works miraculously I can’t answer. But we can invite Jesus to show you his power and to fill you with His peace, and we can celebrate as all of those aching, burning questions which have answers beyond our human understanding melt away.

This is an invitation to give Jesus a chance. Maybe you already have a relationship with God, but you’ve never seen Him move in this way. Maybe you’ve been hurt by “Christians,” or in times that God didn’t show up. Maybe you’ve been hurt by me. Maybe this is all new, and you didn’t know that anyone actually saw and believed things like this. Get in touch with me, I don’t have any convincing arguments, but I’d love to pray with you, and to ask God to reveal himself to you, if He’s real.

Jesus is my friend. He’s really real, and it’s the most amazing thing. You have to meet him.