I wrote these instructions for my friend’s daughter last year. I thought it would be fun to share my unconventionally written recipe for chicken and dumplings (a favorite family meal of ours).

First, you need a roasted chicken.  You can either roast your own in the oven or crockpot, or buy one already cooked from the store.  You need to get all the meat off the bones and set it aside.  Save the bones and make chicken broth with them!  It’s the best.

In a large pot on the stove, heat up about a tablespoon or two of oil (I like olive oil, but it doesn’t matter).  It’s best to keep it on medium heat for this so you don’t cook things too quickly.  Dice one onion and add it to the heated oil.  Stir it frequently so it doesn’t burn!

Now, I like to add carrots and if I have it, celery, to my chicken and dumplings but you can be creative with your vegetables!  I think corn or even peas would be pretty delicious too.  If you are adding celery and carrots, dice them up and add them into the pot with the onions with now.  It should start smelling pretty good!

I usually cook this mixture in the oil for a few minutes until it starts to soften.  This just helps the onion and veggies to get cooked all the way, and I think it must add some delicious flavor to the soup.

I like to add seasonings next.  Here’s another place to be creative!  I have used just thyme, salt and pepper in my soup and it’s fantastic, but I also like to use Italian seasoning other times.  Experiment and see what you like!  I would add about a tablespoon of herbs to start with and later on you can taste it and decide if it needs more flavor.

REMEMBER!  You can always add more seasoning, but you can’t take it away.  Start small.

Now it’s time to add the broth and chicken!  Place the chicken in the pot with your onion and veggie mix, and then pour broth over it.  Now, the amount of broth you want depends on how thick you like your soup.  If you like it soupier, add more broth, or if you want it to be thicker like a stew add less.

REMEMBER!  You can always add more broth later, but you can’t easily take it away.

Put the lid on the pot and let it simmer (that means cook it just below boiling.  You don’t want a hard boil, just a light bubbling) until the veggies are softened and it smells divine.  Sometimes I let my soup cook for a whole afternoon, sometimes I only have about an hour.  You can’t mess it up (unless you have the heat up too high and it burns!  Yikes!)

Now you want to thicken the soup a little before adding the dumplings in.  You can make a thickener with flour (even gluten-free), isn’t that cool?!  I take a couple of tablespoons of flour and mix it with about ¾ of a cup of water in a jar that has a lid.  Shake it up for a minute until all the flour is mixed into the water.  Pour this mixture into the soup, turn up the heat just a bit, stir frequently, and let it cook until the soup has thickened.  It will look a lot yummier now.

Taste your soup now and add some pepper and salt until it tastes right.  Less pepper than salt will be necessary.

NOW!  Your soup is finished, and you could eat it, but we need some dumplings, right?

In a bowl.  Add in one tablespoon of butter or margarine and mix it in with a fork.  Then pour over it ½ cup of milk (regular or dairy free) and mix it all until it looks like a thick dough.  The flour should no longer be powdery.  That’s it!

Take your lid of the soup pot and with a small spoon drop globs of dumpling batter into the soup.  It will float at the top.  Once all your dumplings are in there, put the lid on and let it simmer (cook just below boiling) for another 20 minutes.

TAKE THE LID OFF, DISH IT UP, AND ENJOY YOUR WELL EARNED MEAL! 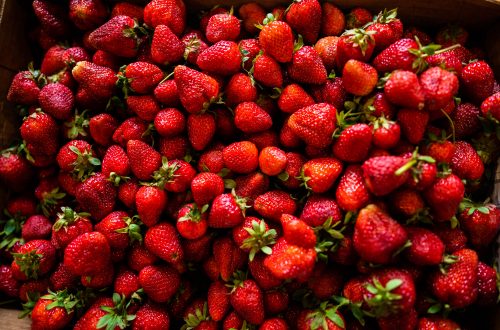