We live in a good neighborhood.

In fairness, if you’re driving in from the suburbs, you might be terrified.  It’s not your fault, the neighborhood is intentionally mischaracterized.

But there are a few, less than 50 people by my estimation, that traffic in intimidation, aggression and fear. These people are agents of darkness. They openly sell drugs in the streets, they carry and use guns (sometimes in the direction of other people and sometimes seemingly for no reason at all), they steal or destroy anything that is available to them and habitually and openly use drugs and alcohol.  They actively encourage kids to pursue crime and addiction.

But this group of people is an extreme minority. They represent literally a handful of people among thousands.

If you drove into the neighborhood for the first time, you would likely believe that you were surrounded by these agents of darkness. They have a distinct advantage–they are visible. And they cast the neighborhood in darkness.

They know something. They know that their power is based on their visibility. They know that their power is only valid for as long as they demonstrate their capacity to put themselves ahead of everyone else in the neighborhood. They are constantly sending an effective message, “We are more important than you,” and they’re yelling it as loudly as they can.  And for the most part, we all believe them.

But there’s a secret. There are more agents of light in this neighborhood than there are agents of darkness. The problem is that we’re hidden, partially out of humility, but more so out of fear. It is time for the agents of light to become visible.

We have a distinct advantage, light trumps darkness. A light can exist amidst darkness, but darkness cannot exist in the light.

Our disadvantage is that it is harder to openly demonstrate light than it is to demonstrate darkness. The mechanism is completely different.

But we have to find ways to demonstrate light.  Simply not being darkness isn’t enough.

How many gangsters of darkness does a community garden cancel out? I’m not sure. But I know that the darkness cannot exist in the light. Soon we will see how brightly our community can make this light shine.

We must work together.  We must agree to rise up against the illusion of their power.  We must not allow the agents of darkness to manipulate us into believing that they are the majority.  They’re not.

Be the light. The darker the night, the brighter the stars shine.

You are the light of the world.
-Jesus 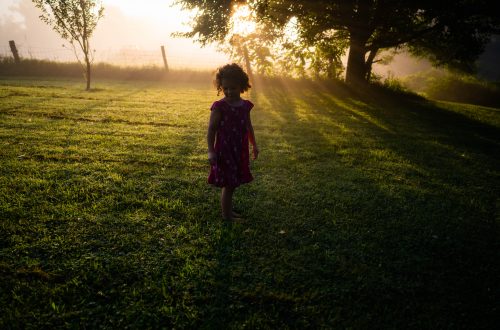